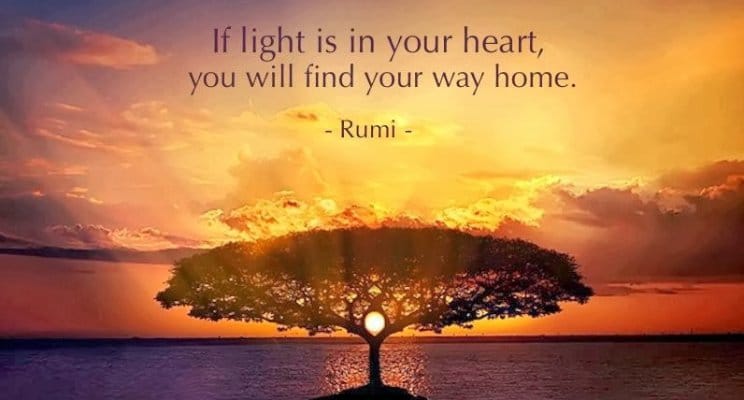 Human existence dates back to hundreds of million years, much after the other living being came into the Earth. The highest form of living being with a capability to make decisions with his mind, unlike other living beings, which existed purely on their intuitiveness to meet the needs for their survival and expansion.

Various species come into existence in phases of time, as nature prepared itself to sustain them. These species adapted to nature in this process to make it best for their living. There was a balance in the ecosystem in a way that no other species dominated this World. Every living being had a stipulated period of Life. Those could not sustain, extinct and new species came in. A cycle that continues.

Nature had played a great role in the sustenance of the living being on Earth with the required water and food. Every being learned to live meeting the needs.

There has been a shift in the ecosystem since the human being came into existence. His requirement increased as the years passed by. Not only to make his life comfortable and secured, but also ensuring all his daily needs for food and water are available nearby in sufficient quantity. Has that stopped his search? As he progressed the requirement circle increased to his community and then beyond. It was never ending and still goes on.

He realized the power of his mind to support him to acquire more. He enriched himself with more and more, thereby the needs translated into greed. There was a vacuum within in spite of achieving what he wanted, opening up to reach out for more. More research for better things, food and so on. An endless list of things added for his exploration for more, resulting in technologies in almost in all walks of human life. The question arises as to all these at what cost, which stops us to think.

The ecosystem is imbalanced with much of deforestation and rivers run dry with many not able to reach the ocean. Plants and trees that had been serving as staple food have become a scarcity. Species migrate to places in search of it. Many in the process die in harness.

The man has become a machine from being to doing. A belief that everything is outside of him for the living. He walks and runs to meet all these. Still, there is a deep discontent within him that he is missing something in his life. A cycle of birth and death is a constant. That is a universal truth. However, a journey between these two is the Life he had lived.

God has bestowed humans with the mind to create what would be better for him; the same mind also plays an important role in his well-being. His emotions and inner peace linked to the mind determined his state of happiness. As we water the plant to nurture for its growth, the mind also requires being taken care.

From the ages, there has been a constant focus on conquering one’s mind. Sages or Gurus evolved different methods in this process. Raja Yoga is one among them and considered best for practicing this. A highly efficient method to get the focus of mind to a particular thought.

From time to time, different Gurus came into existence who had enlightened themselves through these practices and being a guiding light to the people who had followed them. “Sahaj Marg” is one such spiritual organization, which promotes this unique and powerful method, where the divine energy from the higher source transmitted to all the practitioners. A simple path that could be adopted meeting the daily human life meeting one’s lifestyle. The practice includes Meditation in the morning, inner cleaning at the end of the day and a prayer before bed. Most spiritual practices teach more or less the same. Unique of these is the inner cleaning involving in shredding all the good and bad those been accumulated through our thoughts and actions through the day. Good may take us into pride and bad into shame or guilt.

A time to look at why this divine energy is so important. The truth is that every form that exists are energies oscillating at different frequencies. The spectrum of frequency from higher to lower determined the forms from Solid to liquid and further to gas. This includes our own body. As we know, energy is neither created nor destroyed. It is just transformed from one state to another. If everything is energy, then human being to perform his bodily actions required energy that came in the form of food, Water, Sunlight, and Air. In the spiritual connotation, the body is just a vehicle to carry the Soul that moved into it. Then, the Soul does require energy to nurture itself i.e., the divine energy. The subtlest form received from the Higher Source.

A question comes to the mind, and then is it not accessible to the common person who does not practice this meditation? The soul from its inception in mother’s womb is channelized to receive this divine transmission and continues as it is born. As the child grows, the focus shifts to meeting requirements of the external world. This channel diminishes to receive less and less as we progress through this Life unless one is connected inward. Our intuitiveness reduces to measure this. A time comes; we are not able to re-channelize this on our own. We seek the support of an able Guru who can teach us to receive this transmission to connect back to the Source.

In conclusion, my attempt was to bring out the importance as to why one has to connect to inner self. Also, the requirement of a Guru or a Master to achieve that. The choice of which path or Guru to follow is certainly one’s choice. My Guru said, “Make a person a Guru in whom you find the utmost inner peace by being with him and continue to practice this method until the goal is reached”.

“Path followed by all in this journey of Life may be different, but the destination to reach is the same ie., Our Home”.